Bridges are monitored from space 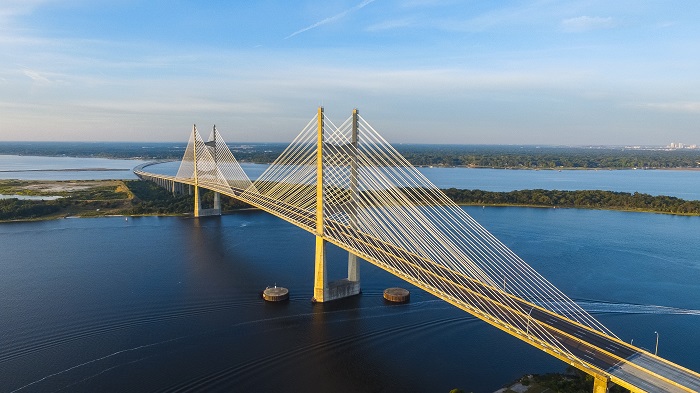 How can satellite data contribute to risk assessment?

Bridges, like any infrastructure, are subject to great repetitive forces. Adding to that is their increasing fragility, most of them date back to the reconstruction period dating back to just after the Second World War, resulting in, and we have been aware of this for a few years now, structures that have reached their age limit. When disaster strikes and we learn that 55% of accidents are attributed to design failures due to structural or construction fatigue, we understand such desolation could have been avoided.

How could it have been avoided? From space, thanks to satellite interferometry

Capable of measuring the deformations induced on structures with millimetric precision, satellite imagery constitutes a real warning system in addition to conventional and commonly used measurements.

Thanks to TRE ALTAMIRA‘s SqueeSAR® algorithm, with millimeter-scale measurement accuracy, coupled with TerraSARX radar imagery acquired in Staring Spolight mode, the CLS subsidiary highlighted the displacement of two bridges located in Virginia. The full report, can be accessed here.

The observation is the same around the world, New or Old

In 2017, in the United States, as many as 54,560 bridges were classified as being in a precarious state, representing roughly 9% of the bridges in service in the country (according to the Federal Highway Administration). The InSAR satellite monitoring technology has proved to be a useful and innovative tool that complements the traditional methods of inspecting the deformations induced on prestressed structures.

In Europe, a recent catastrophe, the Genoa bridge

Genoa-Saint George Viaduct, is the new name of the Genoa bridge that collapsed one day in August 2018, a new name to try to erase the old one, Polcevera, and its terrible collapse. Rebuilt only a few months after the fall, to replace an essential highway for the region in terms of supplies and general road traffic.

Very high-resolution imagery data from the TerraSARX satellite also made it possible in this case to create a chronological sequence describing the evolution of the bridge from its collapse in August 2018 to January 2020, when it was rebuilt.

All over the world, satellites are perfectly adapted monitoring tools

Urban infrastructures, whether it be road or rail, residential or business buildings, are subject to the continuous movement of the ground and its perpetual deformation. InSAR satellite technology monitors and provides high quality measurements in the face of these ground movements.

A few months ago, in Naples, Italy, a collapse occurred in the parking lot of a hospital, leaving a 2000 m² sinkhole in the Hospital del Mare parking lot. A nearby pavilion housing patients with COVID-19 had to be closed.

Post-collapse observation of satellite data indicates a clear instability of the ground in the impacted area since 2018, with figures indicating an average speed of 5mm/year. (red zone of the illustration).

InSAR’s ability to investigate time spent makes it a tool of choice to detect and understand ground movements in urban areas affected by ground instabilities, such as in Naples recently.

More generally, these results confirm the usefulness of satellites in risk assessment. Detecting and then mapping them means better management of geological risk and providing public and private authorities with the means to inform, raise awareness and alert.