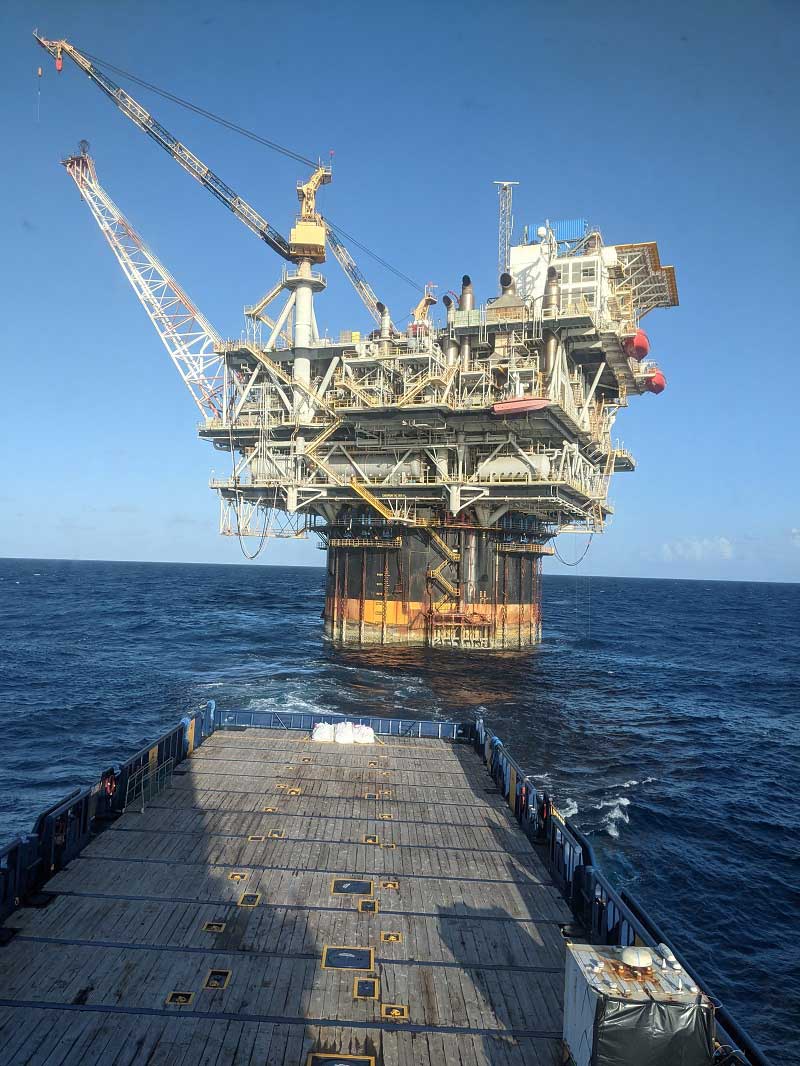 In what has been a highly active year for operations in the Gulf of Mexico, a powerful Loop Current event threatened offshore assets with strong, dynamic ocean currents.

WHG’s EddyWatch® Gulf of Mexico (GOM) program provides clients with nowcast and forecast information and data on the location and migration of strong ocean currents that are characteristic of the Loop Current (LC) and associated anticyclonic eddies. The FAST Eddy service provides EddyWatch clients with additional data to support safe and efficient offshore operations in strong LC events.

Since May 2021, WHG’s three FAST Eddy vessel-mounted systems have completed more than 380 days (nearly 2,000 vessel transects) for three major operators working in the GOM. This season has the third highest number of survey days, since the service began in 2006, and is WHG’s best year since the record-making 2015 FAST Eddy season.

More about the Gulf of Mexico’s Loop Current System

The LC system dominates the dynamics and mesoscale variability of ocean currents throughout the GOM. Warm water from the Caribbean Sea enters the southeastern Gulf via the Yucatan Strait, flows northward, “loops” eastward then southward, and finally exits as the Florida Current between Key West and Cuba.

Periodically and largely unpredictably the LC pushes northward far into the GOM.  As it does, it brings strong current conditions to the U.S. oil and gas exploration blocks offshore Louisiana, Mississippi, and Texas. LC penetration is thought be related to increased transport into the GOM and/or restrictions to the flow of water out of the GOM, though it is still a matter of scientific research.

As the LC penetrates north into the GOM, the southern portion of its structure can narrow due to the influence of cold core eddies. This brings the inflow and outflow of the LC closer to each other which eventually leads to an internal closed circulation developing. The enclosed northern portion pinches off a large (up to 300 km radius) eddy, also known as a Loop Current Eddy (LCE).

The development of LCEs occurs at intervals of 3 to 18 months. Multiple eddies can exist in the GOM at a given time. The LC typically retreats southward following eddy separation. However, as in 2021, sometimes the LC does not retreat and continues to interact with the eddy following separation, sometimes even reabsorbing the eddy.

Ultimately, LCEs migrate southwestward toward the western boundary of the Gulf where they gradually decrease in size and strength and no longer pose a threat to operations in the US lease areas.

Eddy Verne briefly separated from the LC in mid-August 2021 before being reabsorbed by the LC. The feature’s western front continued to expand westward, forming a small lobe to the west of the main LC. Eddy Verne shed for the second and final time in the beginning of September 2021. Around this time, FAST Eddy measured maximum currents of 3.5 knots near a client’s site in Eddy Verne. Verne then slowly migrated westward and then southward out of the U.S. offshore oil and gas lease areas.

The LC did not retreat southwestward after Eddy Verne separated. This allowed Eddy Wilde to form and shed from the LC in September 2021 immediately following the second separation of Eddy Verne. The LC continued to interact with Wilde, reabsorbing the eddy several times over the next several months. Eddy Wilde shed a second time in early November and a third time in the end of November. Maximum currents of 4.25 knots were observed in the western front of Eddy Wilde in October 2021.

In December 2021, Eddy Wilde is poised over the central offshore oil and gas lease areas with maximum currents near or above 3.5 knots. Following Wilde’s third separation, the LC retreated 100 km to the southeast of the eddy. Eddy Wilde is expected to slowly migrate southwestward away from the LC over the coming months.  Meanwhile, the LC will push northward in the GOM and form a closed circulation (Eddy “X”) sometime in 2022.

WHG’s FAST Eddy team goes above and beyond to uphold the highest quality service for their clients. The oceanographers (Michael L., Heather N., Drew G., Jill S., and Neha G.) perform daily data analyses, including on weekends and holidays, consult with clients, and coordinate vessel surveys to support the client’s various operations. The offshore operations manager Glenn B. orchestrates the logistics for FAST Eddy system mobilizations, demobilizations, and crew changes, while the field technicians (Manuel L., Chris R., Joe B., Zac D., Sam J., Ryan K., and Neha G.) work offshore for long stints (typically 4 to 6 weeks continuously) to collect high-resolution current profile data along analyst-directed transects. As well as the demanding requirements of the FAST Eddy service, they also must contend with hurricanes and winter storms impacting all marine operations in the GOM and along the U.S. Gulf coast.

The Woods Hole Group team is also working hard to develop the next generation of FAST Eddy capabilities. These are focused on a number of areas: